We stand on the shoulders of giants. In other words, what we enjoy today – by and large – come from those that came before us. So, today I’m starting a new series I’m calling “Shoulders of Giants” to signify the gratitude we can show to those that have greatly influenced our current practice of continuous improvement. 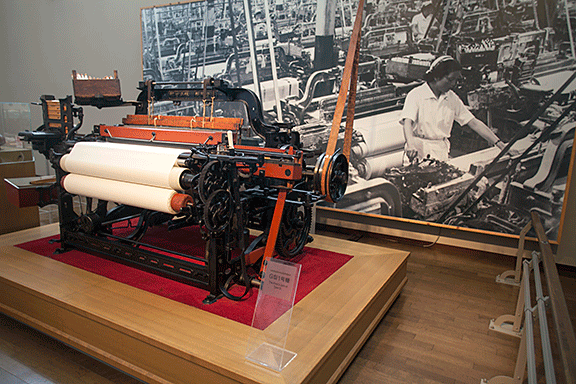 In 1896, Sakichi Toyoda invented Japan’s first power loom called “the Toyoda Steam power loom”. This development increased productivity by twenty times and the quality of the textiles improved and caused a revolution in the textile industry in Japan. But here’s the subtle but very important discovery and principle:

when the needle broke, the machine stopped

Sakichi Toyoda created an innovation to the Loom that would later become one of the pillars in the Toyota Production System (Lean). That pillar we now call Jidoka, sometimes called “smart automation with a human touch” or “autonomation”.

In large part, Andon (“stop at first defect”) and (“Poka-Yoke”) are later developments that find their influence from the Loom.

We can thank the loom for its influence on current practices of Lean (PDCA for example) that find their roots back to an obscure invention – a sawing machine, the automatic loom.