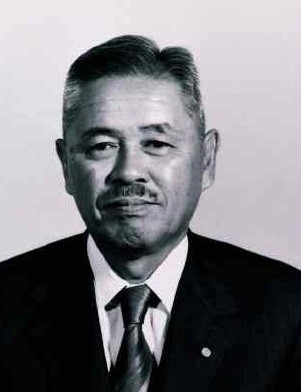 Taiichi Ohno, popularly known as the pioneer of the Toyota Production System was born in Dalian, China in 1912. He graduated from the Nagoya Technical High School in Japan and joined Toyoda Spinning in 1932. He joined the Toyota Motor Company as a shop-floor supervisor in the year 1943 and rose to the position of an executive.

In the early 1950s, Ohno, then working as an assembly manager in Toyota, developed significant improvements that eventually took the shape of the Toyota Production System (TPS). Toyota was on the verge of becoming bankrupt and was not in a position to afford large investments in major inventories or equipment. In the 1950s, a major collaboration with Shigeo Shingo started and further refinement in the direction of framing an integrated manufacturing strategy took shape.

The Rise of Toyota Production System

The oil crisis of 1973 hit Japan just as it affected America and Europe. By 1974, Japan’s economy collapsed and crashed to a state of zero. At the Toyota Motor Company, profits witnessed a downfall; however, greater earnings were reported and sustained in 1975, 1976, and 1977 as compared to other Japanese companies.

The huge gap between Toyota and other Japanese companies resulted in the other firms in Japan adopting the Toyota Production System, and began spreading its roots rapidly in the country.

Ohno’s success resulted in his career acceleration from an Assembly Shop Manager to the Executive Vice President in 1975. He retired from Toyota in the early 1980s and joined the Toyota subsidiary and supplier, Toyota Gosei, as the President.

Ohno strongly believed that “Having no problems is the biggest problem of all.” He stated that problems are not the cause of worry; rather it is a Kaizen opportunity to improvise and grow. He also stressed that each problem has to be seen without any set of preconceived notions.

Ohno was strongly of the opinion that waste & inefficiency are the two major reasons why Toyota’s production was suffering. He personally took charge of the elimination of wastes and reducing the inefficiency in the production area.

His efforts finally took the shape of the Toyota Production System. Ohno’s principles influenced people in the areas outside of manufacturing, including the service arena.

Ohno also played an instrumental role in identifying ways by which organizations identify waste with his model known as the Seven Wastes which forms the core of many academic studies to date.

A Muda’ is a Japanese term that stands for any entity that doesn’t have any further value and should be eliminated from the organization without any further delay. It is critical to examine the values that each activity contributes to the organization and identifying those that do not contribute any value. After reaching this point it is easier to see what it is that the customer pays for. Organizations can then start working on the elimination of waste. These seven wastes are as follows:

A few parts of the Toyota Production System are frequently used in the United States such as kanban (the tagging/signal in JIT stock control system), jidoka (the injection of quality), and muda (the elimination of waste).

Taiichi stated that progress cannot be possible if one stays happy with the present conditions. He took the elimination of the inefficiency in Toyota as his personal goal and kept working until he devised the well-known Toyota Production system.

He was very proactive in removing defects and unusable stock from any organization. He devised seven categories of wastes through which organizations can easily proceed with systemic waste removal from their businesses. His contributions have made Toyota a world-renowned organization with respect to quality excellence.