Understanding the Tools Needed to Ensure Quality vs. Reliability 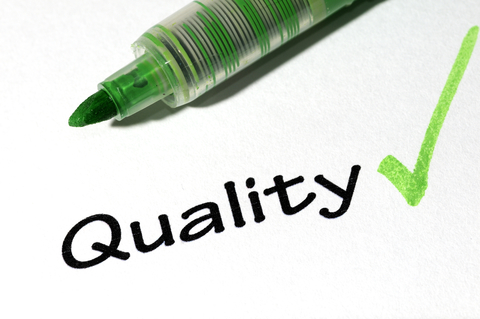 There are various ways to ensure that the processes in your organization run more smoothly and produce predictable results. However, it’s important to understand the differences between tools aimed at improving process quality, as opposed to those that are supposed to deal with reliability. As long as you’re trying to improve the current situation in your organization, you should find plenty of tools at your disposal, and the most important next step is to learn how to use them properly. We’ll explore the tools needed to ensure quality vs. reliability.

The category of quality control is quite populated and offers a variety of tools that you may find useful in different scenarios related to poor quality. Some organizations tend to suffer from this problem a lot more than others, and if you’ve been noticing a significant drop in the output of some processes, it might be time to introduce some extra measures to bring their quality level up.

Take note that some of those methods can often cost you turnaround time, so you’ll need to find the right balance between output rate and quality. Often, the wiser choice is to tip the scales in favor of quality, but sometimes it can be a viable idea to do the opposite, e.g. when the market is in a state of a rush and you want to get in as quickly as possible.

Reliability tools are more about ensuring that the output is good in the first place, rather than verifying it after it’s been produced. These can also drag the productivity of the process down to some extent, although usually it’s less noticeable compared to strict quality control tools. On the other hand, it’s possible that your quality might still be at unsatisfying levels even after improving the reliability of the systems involved. In that case, you’ll want to run a more in-depth study that also analyzes the potential quality control measures that can be implemented.

Another point worth considering is that sometimes employees themselves can participate in reliability control, although to a limited extent. As long as your processes are defined in a way that allows everyone to get involved, you can easily ensure that people are playing their role in maintaining the high standards of the organization, and verifying the validity of the final output. Of course, automating as much as possible of this part of the production is always preferable, but when that’s not possible, you should definitely figure out how to spread the tasks among workers properly.

We already hinted at this above, but it’s important to emphasize the point even further sometimes you can combine reliability and quality control tools with great results. It’s not always possible, and mostly depends on the type of product you’re working with in the first place, but if you can install a component that validates different parts of the processes while also checking the final output, this will often have a much better result in the end. After all, each additional control method is an extra cost to your organization that has to be considered, and if you’re planning to change a large number of processes, this can sometimes be quite costly.

It’s a good idea to pay attention to the various control methods you’re using, both for quality as well as reliability, and always be on the lookout for potential improvements to them. You generally don’t want to be stuck with the same old methods for years, especially if you’re working in a more rapidly evolving market that constantly keeps getting new improvements in this area.

Sometimes this might mean having to replace a process that’s tightly integrated into the organization and many people are already used to, but you need to be firm in those cases and make sure that you communicate the need for those changes as best as you can. People should be understanding about a situation like this if it means that their overall work is going to improve in the future, but of course, it will take some explanation to ensure that everyone gets this point in some cases. This is why planning ahead is a good idea when making major improvements to any aspect of the company.