What are Critical Performance Indicators in Surveying the Hotel Industry?

Home » Business » What are Critical Performance Indicators in Surveying the Hotel Industry? 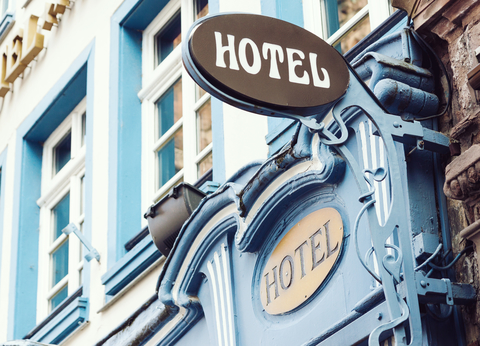 Managing a hotel and ensuring its success has got to be among the most challenging jobs in the world, simply because of the huge volume of responsibilities that are required. Because you are responsible for so many people and departments, it could be tough for you to find time to evaluate your overall performance.

This is where Key Performance Indicators (KPIs) for hotels come in. They are a selection of the measurements that matter the most for a business in the hospitality industry that wants to enjoy lasting success.

Today, online reviews of hotels have become much more important than many hoteliers might realize. If you have not started to pay attention to the management and responses to online reviews of your hotel, you should quickly realize that online reviews play a big part in the overall reputation of your establishment.

Because more and more vacationers trust hotel reviews from sources like TripAdvisor and Expedia when making bookings, it is in your best interest to get as many reviews as you can. The value of online reviews is twofold: many guests choose hotels based on the online reviews of an establishment, and they also offer vital feedback on weaknesses that can help you make improvements.

Put simply, a hotel’s occupancy rate is a reference to how many units are occupied at a given time in comparison to the hotel’s total available units, and is expressed as a percentage. It is one of the hotel industry’s most popular KPIs and is commonly used in revenue management to highlight how much of the space that a hotel has available is actually in use.

In general terms, people who work in the hotel industry shoot for a high occupancy rate, as it is often indicative of space that has been used efficiently. It is important to take note, however, that the occupancy rate needs to be considered alongside other indicators such as revenue per available room and average daily rate, since the ultimate goal is not necessarily to have 100% occupancy, but to maximize hotel revenues.

This is yet another indicator that is widely used in the hotel industry for purposes of revenue management. The most essential characteristic of ADR is that it can help to reveal the average daily income of occupied rooms. In this way, the ADR can give you a clearer current picture of your establishment’s operational performance, allowing you to make comparisons with other hotels that have similar characteristics.

That being said, the Average Daily Rate does not offer you a true account of your hotel’s overall performance. This is because this metric does not consider the revenue realized from the hotel’s other sources or their expenses such as house use accommodation or complimentary rooms.

RevPAR is a critical performance indicator commonly used in the industry for purposes of assessing a hotel’s business and financial performance. In essence, RevPAR compares two vital indicators of a hotel’s business: the average daily rate as well as the hotel’s capacity to fill the available rooms. This metric is essential in revenue management, since it provides a snapshot of current performance and gives an indication of how much guests may be charged for the hotel rooms.

As much as possible, hotels should aim for an increase in their RevPAR, since an increase is normally an indication of improved revenue, occupancy, or both. Nevertheless, since this KPI is calculated per room, you may find that larger hotels may have a lower RevPAR figure but higher revenue overall.

The critical performance indicators outlined above are just a few of many that are applied to the hotel business, but are definitely the most relevant in today’s age of highly connected customers. Measurement of the performance of your establishment is the first step you can take on the road to making meaningful improvements to your business processes.