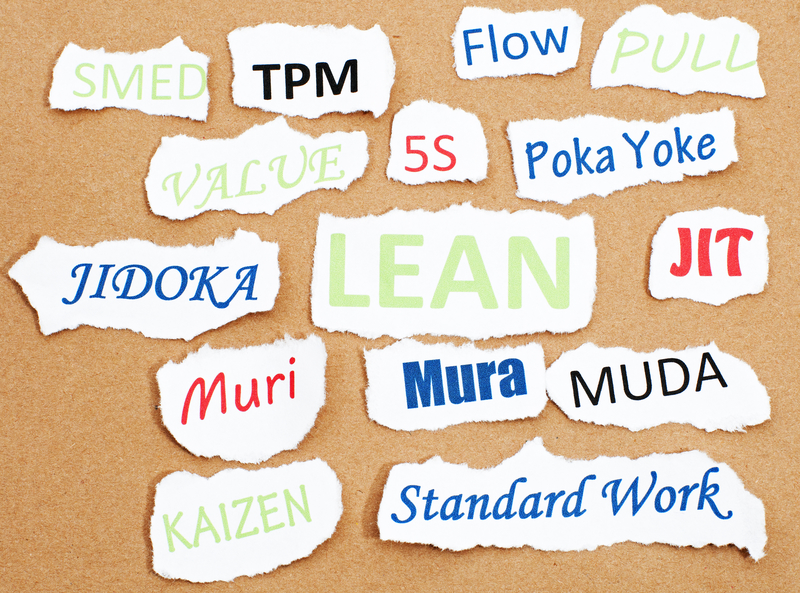 When looking at the problems in a production process, it’s often important to realize the root cause behind each actual obstruction. If mura (unevenness) is noticeable in the process, it could be caused by an improper allocation of the working resources.

Sometimes resolving the problem comes down to making sure that everyone is tasked with the exact amount of work that they can realistically handle, but as it often turns out, it’s not that simple to pinpoint the right spot.

Muri refers to the waste of overburden, which is a well-known contributing factor in decreased productivity and employee morale across the board. The tightly interconnected nature of most production processes often means that a single employee or machine failing to fulfill their obligations on-time can quickly propagate further down the line. This, in turn, causes issues for others and ultimately the end customer in the form of defects or late deliveries.

How does muri manifest itself in reality?

A simple example of muri is an employee given deadlines that are constantly too short for their own skill level. The employee may either fail to complete the task on time, leading to delays for everyone in his chain of operation, or they may alternatively rush their work in order to fit within the tight constraints.

The latter option is no more attractive than the first one, as it leads to reduced workplace safety and employee morale. These factors inevitably manifest as either a reduction in the production quality, or an additional reduction in that employee’s working pace.

To identify muri, look for employees acting overwhelmed or stressed out, machines constantly running around the clock, or frustration and anger expressed between workers.

Addressing muri can be a complicated ordeal, depending on the circumstances. On a general level, it mostly comes down to properly identifying the discrete components of each given task, and analyzing those components on a basic level to understand their true requirements.

After the task has been broken down and minimized into separate parts, it’s much easier to spot potential bottlenecks, and ways to optimize the production flow. Additionally, this kind of analysis can help identify problems with standardization, which are another main cause of muri in the production process.

If one node of the chain receives components in a non-standard form, they will have to spend extra time and effort bringing them to a condition they can work on. Ensuring that the output of each step of the process is consistent with some common organizational standards plays a critical role in the reduction of muri.

The same rule applies for components which eventually make their way to external facilities as well. Muri does not only occur within a given organization, but can manifest itself in places where the company is sending its own products (or parts of them) to another facility for further processing. In the office, this might show up when sending out work to be completed by service providers. In those cases, the increased challenge in communication can make problems caused by muri even more serious.

Putting the analyzed and modified parts back together should then result in improved performance in every step of the process, and subsequently in elevated employee morale and output.

Avoid swinging too far in one direction

It’s important to realize the danger of overcompensating for muri, which can lead to a different class of problems. If employees are given too much leeway in completing their tasks, they might be wasting their resources. This is one of the fundamental types of waste that we’re trying to avoid in the first place, requiring a careful analysis of the fundamental components of the production chain.

Finding the perfect balance to completely eliminate muri may not happen on the first try, and it might need a few iterations of the decomposition/analysis process, depending on the overall complexity of the production chain.

Analysis of all relevant data is critical

Properly recording the results of the analysis and modification steps, as well as measuring the differences in output after each iteration, are the key components to ensuring that muri reduction is applied properly, and that the changes are in the right direction.

When the task is carried out by a machine, it’s often much easier to get an accurate measurement of the changes in its output. But when it comes to people, a more hands-down approach is often needed in order to ensure that the organization is given an accurate representation of the changes in productivity. Employees should be allowed to provide their own input in this case, instead of observing them through external measurement tools exclusively.

If muri reduction is applied properly from the very start of designing a production process, it can result in a very lean process that is also easily extendable in the future. When a new component has to be added to the production chain, this can be done much more easily when the currently produced output is already in a standardized form, and doesn’t require any special changes to accommodate the new addition.

On the other hand, the introduction of the new component can be streamlined as well, instead of requiring it to be adapted to inputs with different parameters.

Check out our other article, “What is Mura, Muri, Muda?“