What Is Waste in the Context of Lean Government?

Home » Lean Manufacturing » What Is Waste in the Context of Lean Government? 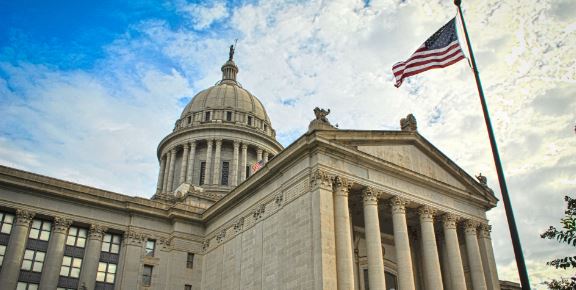 What Is Waste in the Context of Lean Government?

The fact that governments are wasteful in their work is a common stereotype. However, some people seem to end up hard pressed to give a more precise definition of specific waste they experience or deal with.

It’s important to understand where the common sources of problems lie, and what exactly defines waste in this situation, especially for those who want to promote lean methodologies in the work of their local government institutions.

This is one of the most common complaints people tend to have about their local government organizations, and it’s often a valid complaint. The rate at which public requests are handled can often be dramatically increased by eliminating some common issues, and applying lean methodologies to the work of that organization will typically result in those issues being resolved almost immediately.

Government workers are often tasked with jobs that are not entirely necessary in the current pipeline. In some more extreme cases, they may even be wasting hours on completely irrelevant work. Even worse, the employees themselves may not realize that their work is going to waste, due to a complicated work chain that conceals many of its important points.

In some cases, the work is prescribed by law on what people can or cannot do, based on budgets, department roles and responsibilities, or higher-level laws at the state, national or international level. Often times, these were developed in isolation of other processes, which is a common trait of inefficient processes.

It’s common place to encounter deadlock situations in more complex government organizations, where several parts of the structure are waiting for each other to complete some part of the job before they can continue.

These can be eliminated by implementing lean methodologies, as the organization will then have to rethink the fundamental structure of its workflow, and it will have to operate on a much more streamlined chain of events.

Waste can also appear inside a government organization just as easily. For example, requiring employees to undergo constant review processes with multiple steps and useless inspections are annoying to those in the process. It can also lead to actual productivity problems, morale issues, and can significantly drag down the organization.

Of course it’s necessary to keep track of the performance of all employees in the unit, but this can often be done much more efficiently and without wasting resources when lean methodologies are applied.

Meticulous record keeping can lead to similar problems, and it’s also an example of an area that can be addressed very efficiently in a lean government. Once again, it’s important to ensure that all relevant information about the past operations of the government can be easily produced when necessary, but the way most government organizations go about this is quite inefficient, even in today’s day and age.

Many government agencies have been limited or constrained by budgets (paid for by taxes from the people), so technology upgrades are often delayed or not funded, which can often lead to efficiency improvements.

The availability of information to different employees can also be a problematic factor of a non-lean government. Most such organizations tend to follow a very compartmentalized approach, limiting the access of everyone to things that are only directly relevant to their current job. Sharing information and knowledge across agencies can be discouraged or difficult to do.

As a result, a lot of time and effort is wasted on communication for access approval, something which can be eliminated by ensuring that the organization is streamlined and efficient. It’s not that hard to properly identify who needs access to what, and the sooner this is done, the more the institution will be able to save in terms of prevented waste.

Lean methodologies are not only great for dealing with waste in a government body once it’s been identified. They can also be very helpful in pinning down the source of the waste in the first place, something which can often be just as problematic for any organization.

The shift towards a lean government is not an easy one in some cases, depending on the complexity of a given organization and how deeply its current practices are rooted in its work. But modern lean techniques can be quite adaptable and they can lead to results without too much effort, as long as the process is overseen by experts with enough experience under their belts.

There is probably no example of a lean government body that has not seen an increase in productivity after applying these methodologies to their work. The improvements can sometimes be hard to quantify, but they manifest themselves in satisfied citizens, increased services and fewer complaints.

If you’d like to learn more about ways Lean and Six Sigma can be applied to government agencies, check out the US Environmental Protection Agency (EPA) document titled, Lean Government Methods Guide