Why Six Sigma Is the Future of Complex Organizations 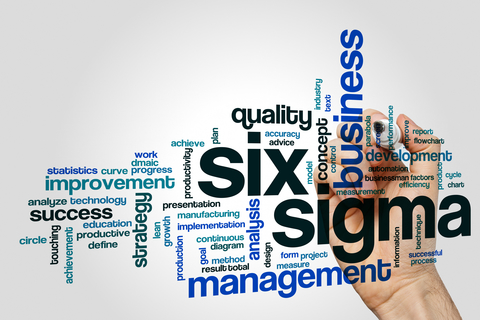 Why Six Sigma Is the Future of Complex Organizations

In the last decades, many different methodologies have sprung up for dealing with the complex structure of a large organization that spans across multiple departments. Some of those methodologies have proven successful, while others have fallen out of favor over time. Among all of them though, Six Sigma is the one that has established the most prominent name for itself, and it currently enjoys active use in many major companies across the world.

Six Sigma is currently the most prominently featured methodology when it comes to handling complex organizational structures. Many companies rely on it heavily for their daily work, and some have even come up with creative adaptations of its main features that are more suited to their own workflows. Many companies have also contributed to the development of Six Sigma over the years, inventing new approaches in it and coordinating their efforts to create the perfect set of rules for governing an organization of that scale.

One of the best things about Six Sigma is elegance. That’s one of the main factors of attraction for many of the companies that have adopted it in their work over the years, and also one of the reasons for many of the companies on the market to continue using it so actively. Six Sigma allows for a simple, streamlined solution to be developed for most problems that can arise in a company’s work, and that solution can then easily be adapted to other requirements as they arise.

That’s part of what makes Six Sigma so powerful, too. Developing one solution often leads you to the discovery of other viable courses of action in the same domain, which may not have been obvious before. This can allow you to easily adopt new trends as they arrive to the market, instead of having to carefully assess each situation and moving slowly from one to the other. This is something that can, in turn, accelerate your typical workflow tremendously, and in the end, you’ll find yourself constantly at the forefront of adopting new technological developments and integrating them into your work smoothly and without any issues.

Another common problem that major organizations tend to deal with frequently is the need to consolidate the situations of multiple employees, often split across multiple different departments too. This can quickly turn into a logistical nightmare for the unprepared, and it takes a special approach to deal with this kind of mess. Six Sigma can provide you with good tools to accomplish that, and the overall framework it brings to the table can give you very strong leverage in negotiating the implementation of those solutions. You’ll find yourself more easily talking to various different employees on multiple levels of the organization, and coordinating what everyone needs in a truly efficient manner that you simply were not capable of before.

Last but not least, Six Sigma is nothing new under the sun. It’s an established methodology with various strong principles, and it’s been in constant development for many years. This makes it the perfect candidate for companies that want something stable and trustworthy. With Six Sigma, you know that you won’t have to make any drastic changes to the way you’re using the methodology in your work, because it’s more or less established already. Sure, some things tend to happen from time to time that change people’s perspectives on Six Sigma, but the general principle stays the same.

There’s a reason so many major companies rely on Six Sigma to such a great extent on various levels of their work. It simply gets the job done, and it can provide a viable solution to your organization’s problems in ways that you never even suspected were possible. However, you have to get started with its implementation early on. Six Sigma is not something that can be integrated into an organization overnight, and it takes long years of conscious effort to get to a point where you’re truly comfortable with the way things work. But once you’re there, you will never want to look back and you won’t regret all the effort.