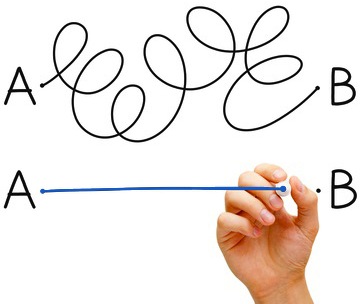 I’ve written about the Myth of Multitasking before; but despite knowing that Multitasking often doesn’t lead to good outcomes, I find it difficult to stop. So, instead of reprimanding myself too harshly, I thought I’d document the 5 Life Lessons I’ve Learned from Multitasking.

I wrote about this in 2007, even showing how Multitasking and some knowledge on Queueing and Little’s Law can help us see quantitatively that tasks will take longer. Despite that, I still multi-task and reap the consequences of tasks taking longer than they should.

One outcome I’ve learned from Multitasking is that when I switch from one task to another, I usually forget what I was doing, how I was doing it, and so I have to try to remember, which often results in having to learn the task over again. And, when I switch back to the task I just switched from, I go through the same re-learning process.

All of this re-learning and remembering elements and steps of the tasks usually results in me making errors – indeed, these errors are probably normal in the learning curve cycle but also completely avoidable if I had chosen to start a task and finish a task before beginning a new one.

3. Multitasking Leads to Stress and Anxiety

As much as I hate to admit it, some jobs require Multitasking. As a father of 9 kids, ages 13 and under (we’ve adopted children), I often have to Multi-task. Here are some common task switching activities I’ve done as a dad:

You get my point.

I’ve learned that when my mind and attention is on something else other than on the person I’m currently with, they don’t feel loved, listened to, or appreciated. This is one that I’ve really tried to do less of, because when people and feelings are concerned, it’s important to me that I maintain those and do less of the behaviors that harm important relationships.

The negative results I highlight above are very real and logical outcomes from Multitasking. Each day, I aim to do better by doing less and less Multitasking. As in all things business, continuous improvement also applies to ones personal life.