Fourth of July: Celebrating the Power of the Constitution

Home » General » Fourth of July: Celebrating the Power of the Constitution 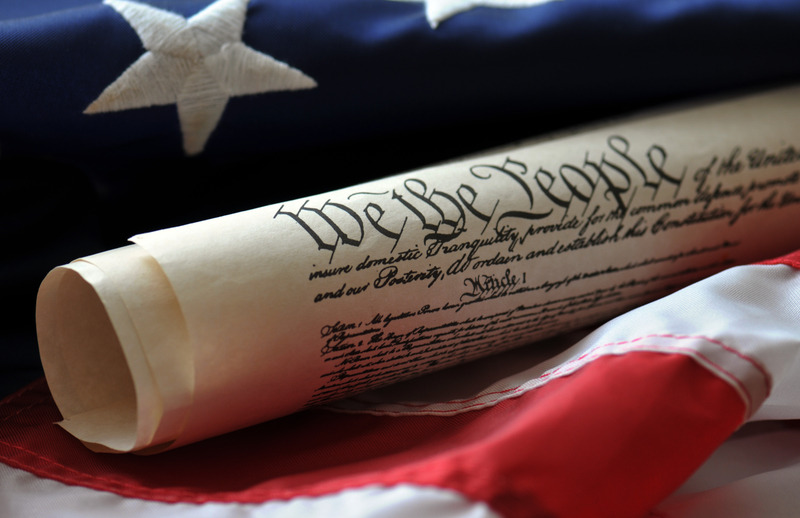 “I am well aware of the toil and blood and Treasure, that it will cost us to maintain this Declaration, and support and defend these States. Yet through all the gloom I can see the rays of ravishing light and glory. I can see that the end is more than worth all the means. And that posterity will triumph in that days transaction, even altho we should rue it, which I trust in God we shall not.”

The Declaration of Independence, in addition to announcing the colonies’ freedom from British rule, sets forth the founding principles of the United States of America. The importance of the original document has not diminished since its adoption in 1776. Although its initial importance was limited as a formal declaration of freedom, its philosophical assertion that “all men are created equal” serves as an anthem for freedom throughout the world.

The moment had finally come. Far too much bad blood existed between the colonial leaders and the crown to consider a return to the past. More and more colonists felt deprived by the British not only of their money and their civil liberties, but their lives as well. Bloodshed had begun over a year ago and there seemed little chance of a ceasefire. The radical wing of the Continental Congress was gaining strength with each passing day. It was time for a formal break with mother England. It was time to declare independence.

On June 7, 1776, Richard Henry Lee introduced a resolution to the Congress that declared the thirteen colonies free and independent states. Congress did not act on the resolution immediately. A vote was set for early July. In the meantime it seemed appropriate that some sort of explanation was in order for such a bold act. A subcommittee of five, including Benjamin Franklin, John Adams and Thomas Jefferson, was selected to choose the careful wording. Such a document must be persuasive to a great many parties. Americans would read this and join the patriot cause. Sympathetic Britons would read this and urge royal restraint. Foreign powers would read this and aid the colonial militia. They might, that is, if the text were convincing.

The Constitution created a government based on two central axioms demonstrated by the Declaration. The first, natural human equality, recognized that no person has the right to rule over another without his or her consent. The second asserted that we are endowed by our creator with certain unalienable rights to our right to life, liberty, and the pursuit of happiness are inherent within us, not conditional on the whims of those in power.

The Constitution followed these ideas and solidified the structure of the American federal government. With the system of checks and balances, the Founders ensured that these two axioms presented in the Declaration could never be suppressed.