The Power of Leading by Example

Home » Leadership » The Power of Leading by Example 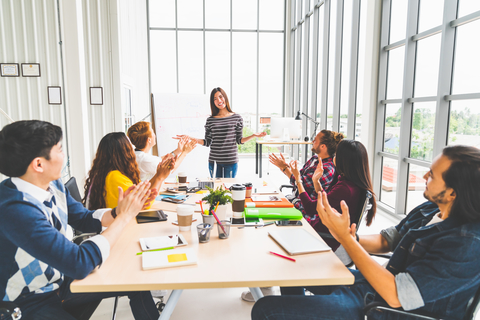 The Power of Leading by Example

Every good leader should understand the power of setting a good example and following it yourself. Unfortunately, it’s not rare to see leaders going more along the lines of the motto do as I say, not as I do. It’s true just take one look around most industries and you’ll quickly find numerous such people mismanaging their organizations to no end.

If you want to lead your company the right way, you have to always strive to set the best possible example, and then make this a point to your employees. Sometimes this will require significant effort on your part. But if you value the idea of growing your company and seeing it flourish into something amazing, this is one of the most critical points that you’ll have to work on.

Anyone can make big promises in fact, many leaders have a nasty habit of doing that too often. But few understand the implications of not living up to those promises and know how to prioritize their work effectively in order to make good on them. If you start saying too much without actually backing it up, people are going to notice this trend sooner or later.

And when they do, their trust in you is going to start going down rapidly. This is something you can’t really recover from once it’s started, and you have to be extremely careful with the promises you’re making. If you’re not confident in your ability to make good on something, then don’t bring it up at all.

Teaching the Right Way to Do Things

People sometimes need a little extra guidance in completing their tasks. Especially those who’re still transitioning to higher positions that involve more responsibility. They might not show it directly, but many of those people will be looking up to you for guidance on what to do and how to do it best. So you have to make sure that your actions make the right impression.

Otherwise, people are going to follow suit on whatever you do. And when it’s bad, this has some obvious negative implications for the company as a whole. If you keep coming in late, underdelivering on your tasks, and trying to shift the blame on others, don’t be surprised when these become the default reactions to problems of most of your employees.

You’ll Learn Something, Too

Leading by example is largely about challenging yourself in new ways. Sometimes you’ll feel uncomfortable approaching a task, mostly because you realize your own low level of competence about it. But confidence is something you absolutely must display as a leader, and many people will look at you under close scrutiny to figure out if you really are living up to your words.

Along the way, you’re going to learn a lot. Especially if the examples you’re trying to set are supposed to challenge your employees as well. By working together, you’ll all develop some new skills and will gain a new perspective into how you should best use them in your daily work.

And remember sooner or later you’re going to have to move away from this position. Hopefully, it will be because you’re moving up to something even better. But someone will have to fill the void left behind you and you’re likely looking at that someone on a daily basis right now, perhaps even without realizing it.

If you work hard to set the right example at every step, you’re going to do a lot to ensure that whoever comes after you will truly be fit for the job. Many leaders are struggling with this on a regular basis. Choosing a successor is not as straightforward as it seems. But if you play your cards right, you’ll know exactly who you need to hire in the very near future.

A company is largely represented by its leadership, and setting good examples means that people both inside and out of the company are going to see it in a very positive light. Even if you don’t enjoy the public relations game, you still have to maintain your image from time to time, because the company’s own image is tied to that. And there’s really no good way to go about that other than honest, hard work.