5 Qualities of a Lean Manager 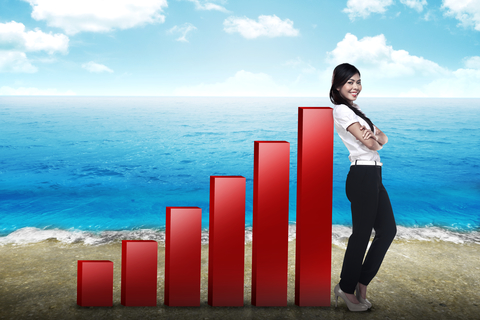 5 Qualities of a Lean Manager

Lean has been a hot topic in many industries lately, and the attention towards it will likely continue to grow in the coming years. There are many reasons for that, but it usually boils down to one simple truth: it just works. Every leader who has successfully implemented lean methodologies in the work of their own organization has come to the exact same realization. In the end, it’s something that improves the work of the organization in numerous ways.

What exactly defines a good lean manager though? What kinds of qualities should one be striving to develop in themselves, and what should we look for in our own leaders to figure out if they are on the right track? A true lean manager can be a bit difficult to define in concrete terms. But there are some qualities that can be identified in pretty much anyone in this position.

A true lean leader has to be honest with themselves and with everyone else. This is harder than it might seem because a lot goes into honesty that’s not immediately obvious on the surface. You need to have an objective outlook about the current state of the company, for example. Don’t make decisions driven by a clouded view on how things really are, because this is the fastest road to long-term ruin.

Respect is another point that often flies over the heads of inexperienced leaders, and it can lead to huge problems in the long run. We don’t just mean basic social courtesy. True respect means paying attention to the opinions and ideas of others, even when those people are on a completely different level of the hierarchy from you. It’s not rare for arrogant leaders to completely miss a hint about something that could be very beneficial to the company as a whole, just because it came from someone who sits much lower than them on the totem pole.

The old saying Rome wasn’t built in a day is something every leader needs to follow very closely. Patience is a virtue for everyone, but it’s critical when you’re in a position of leadership in an organization. Changes tend to take time at this scale, and you have to be patient and allow them to happen before making any more moves.

A common mistake made by impatient leaders is to stack up one action after another, disregarding the consequences of their previous ones. After all, if you don’t see results already, how bad could things get when those results manifest themselves later on? It turns out, it can actually get quite bad. Being patient is the number one way to prevent issues like these.

Much like being honest, learning to be humble is another virtue that you’ll need to incorporate in your leadership on a deep, fundamental level. You need to understand that sometimes things are beyond your control, and that’s fine. You can’t change absolutely everything. But you have to always remain in control over the things that are up to you, and ensure that you learn from your past mistakes as well.

That last bit is particularly important. Making a mistake is fine it can happen to anyone. But failing to learn from your own is something that can lead to a vicious cycle of repeating the exact same mistakes you’ve made in the past.

Continuous improvement is at the core of the lean mindset. And it goes beyond the organization itself. A good lean leader must have the desire to constantly push themselves to improve and to become better and better at what they do. Identifying your weaknesses and spotting mistakes in your own work is the best way to go about that. It will be hard at first, especially if you’re not used to being so critical towards yourself.

But in the long run, this is the only way you’re going to see any real improvement in your company. You have to keep pushing forward to develop your own skills, iron out your problems, and learn new things that you can incorporate in your work as best as you can. This will all come together at some point in the future in ways that you could not have imagined.