What Are the Differences between a Leader and a Lean Leader?

Home » Lean Manufacturing » Lean Manager » What Are the Differences between a Leader and a Lean Leader? 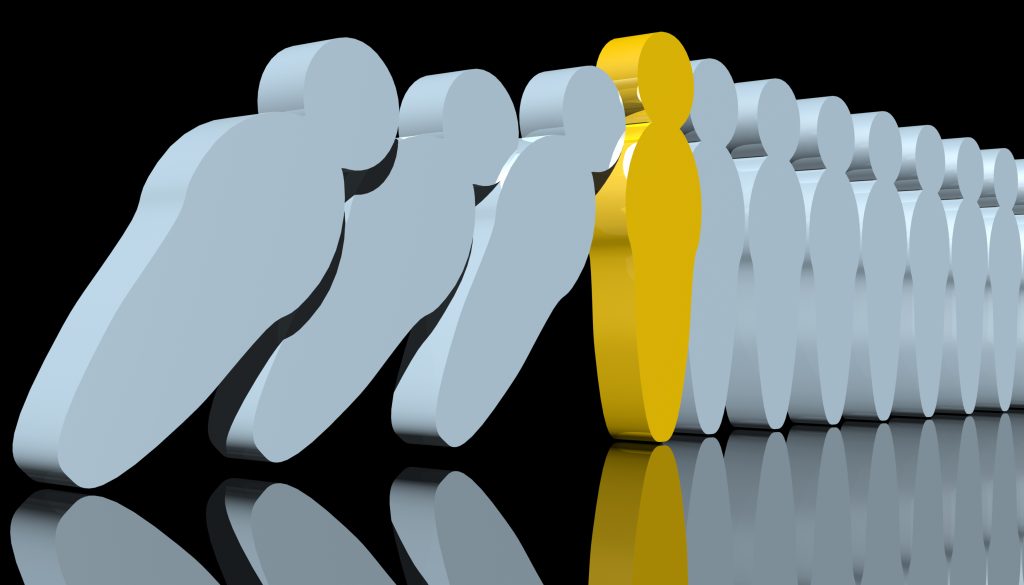 What Are the Differences between a Leader and a Lean Leader?

While many company leaders nowadays are aware that lean practices are great for continuous improvement and stable growth, far from everyone in such a position is clear on the exact meaning of what it takes to be a “lean” leader.

It’s not just about throwing a set of new rules and guidelines on the employees and calling it a day there’s a very specific set of skills that any good lean leader must possess in order to succeed, and push their organization forward.

Leaders are always subjected to a lot of feedback from their employees across various levels of the organization. It’s inevitable for someone in this position to get flooded with opinions and suggestions from multiple directions, and filtering that feedback becomes a critical skill.

Listening to everyone is simply impossible that’s one of the fastest ways to create a lot of waste in the leader’s work. As long as you take the time to ensure that the feedback you’re getting is actually relevant to the current situation, this will save a lot of effort for everyone.

Of course, employees also like to see that their feedback actually matters, which means that you’ll still want to pay attention to what they have to say, and get back to them about their request, even if it’s not feasible or unable to be implemented. The critical thing to take away here is that you simply shouldn’t automatically treat every piece of advice coming in as critical and requiring immediate attention.

If the feedback is coming from a couple layers below the leader, this identifies a potential problem. The employee may not feel comfortable going to their immediate leader, or has tried many times, but the issue hasn’t been resolved.  A lean leader will work to help mentor and coach their lower level manager, in order to be able to solicit and request feedback from their employees in the future.

It’s best if you have some systematic way for your employees to submit feedback for the company’s leadership. That way, everyone will feel encouraged to contribute to the evaluation process, and employees won’t feel pressured when they actually have something that they want to share. This also prevents feedback from getting lost or overlooked, and it increases visibility beyond the leader who initially got the feedback or idea.

Put yourself in their shoes

Another factor that separates a true lean leader from the rest is how well they can understand what their employees have to deal with on a daily basis. To achieve this, sometimes you’ll want to put yourself in an employee’s shoes for a while and see things through their eyes. While this sounds simple enough, it’s a skill that many leaders simply fail to grasp on a meaningful level.

Some employers have taken this concept to extreme lengths in the past, such as actually taking on the responsibilities of low-level employees for a while until they feel like they have a good grip on the situation. While this can sometimes produce good results, it can also create a lot of waste and shouldn’t be attempted by default.

In fact, these extreme situation is the norm for Toyota. They require their leaders to have worked on the factory and worked their way up the company, in order to properly learn how to manage their employees. All Toyota Presidents have spent their entire career at Toyota when they were named President.

Everyone makes mistakes. Leaders are no exception, and the difference between a bad leader and a good one is how they respond to those situations. A true lean leader will be able to take something useful from this kind of incident, and learn how to improve their work in the future. On the other hand, bad leaders will not only try to sweep the problem under the rug, but they may also try shifting the blame on others.

It should go without saying that this leads to the creation of a hostile working environment, and it’s really in nobody’s favor. As long as you are able to demonstrate that you welcome criticisms for your mistakes, and that you will improve the situation in the future, this is all your employees will need to see.

Things should work the same way when the roles are reversed. When an employee makes a mistake, they shouldn’t be punished or fired for it. Everyone should be given a platform to embrace their failures and show that they’ve learned something from them. Lean leaders assume people come to work to do a good job, but the process failed, and the process should be improved.

There is a huge gap between a lean leader and a traditional leader. A company with a strong lean leader in front will be able to make huge leaps of progress in their area of responsibility, with relatively little effort. This creates a situation where everyone will keep striving for continuous improvement when they see that their efforts aren’t wasted.

And in the end, a good lean leader should be able to transfer their skill set onto their employees effectively, allowing them all to follow in his/her footsteps a few years down the road.

The true measure of a lean leader is the long-term accomplishments of the employees they managed.

Have you worked for a leader that didn’t follow these lean leader principles? Add your comments below…