The Toyota Production System is, at bottom, very practical and is based on very measured and systematic experimentation. As a system, this often manifests itself in the PDCA Cycle. But, outside of Toyota, there is Lean, popularized by Womack and Jones, and within that – a Lean Subculture that is quite troubling. I call this subculture “Pop Lean”. This is the Oprahization of Lean Manufacturing.

This subcutaneous layer within the Lean world is often, not always, comprised of well-meaning lean practitioners that sometimes “miss the mark” as it were and choose to focus on the tree from the forest.

Have you ever heard the following:

Such discussions within the Lean world, as I show above, are problematically common and they take on a Sith Lord like tone. 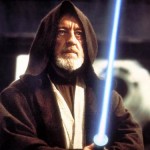 In speaking with Anakin, Obi-Wan Kenobi realizes that Anakin Skywalker is consumed by evil and demonstrates this fact by his language. Obi-Wan Kenobi then proclaims:

Only a Sith Deals in Absolutes

Among practitioners of Lean, some conversations feel like they are Sith-like: dealing with absolutes. The truth is often somewhere in between.

True, eliminating inventory is a worthwhile goal because it illustrates that the organization has achieved a pure pull system – no forecasting involved and no guessing customer demand.

But, conversations around inventory versus no inventory are misinformed. Why?

Taiichi Ohno wrote the foreword to this book. The foreword is titled Practice, Not Theory.

I recently had the opportunity to coin a new name for Toyota-style IE, which I called MIE for moukeru IE [translation note: moukeru = ‘to make a profit’ in Japanese]. The name aside, our system is so far from generally accepted ideas (common sense) that if you do it only half way it can actually make things worse.

I’m sure you’ve heard this one too – yeah, a dogmatic conversation about how single-piece is absolutely the best and anything batch is chubby, inefficient, and full of waste.

But, the truth is somewhere in the middle.

Ideally, single-piece flow would be good – depending on your operation. In most operations, however, the question isn’t about single-piece versus batch, but more about “What is the Optimal Batch Size?”.

What is the Optimal Batch Size?

At least with that question, it removes dogma from the conversation and focuses on practice, not theory and also makes room for the answer of “1”, if indeed that is the right batch size for the operation.

It bears remembering that true one-piece flow is not possible because of one thing: Variation.

If variation or variability in the process continues to be present (and the odds are against us in this case – the house will always win when you bet on the side of variation), then the best we can do is aim for single-piece flow. Until then, inventory buffers are our friend and we must manage WIP levels well.

Is Such and Such Lean?

My friend, Ron, has been asking his readers a series of questions on the “Is such and such Lean?” theme. Recently, he asked Are Dishwashers Lean?

The question, while innocent, and makes for good intellectual fodder, feels like a good candidate for a slap in the head from Taiichi Ohno if he were alive.

Because the question isn’t pragmatic: regardless of the answer, it has no bearing on the dirt and sweat of my everyday life. The question would be more in line with the spirit of Lean if it were framed like the following:

For even more context, the purpose for lower WIP and reduced inventories are one and the same:

Profit is at the heart of the inventory and WIP debate. At least historically anyway. But, it turns out that, in practice, it was a very smart thing to do – conserve cash.

But we forget that, bringing up the concept of flow instead. Sure, flow is important, but the initial driver of lower inventory levels was cash conservation. That wast true then, and is still true today. But, we’ve just forgotten that lesson from history.

Wide-scale adoption and acceptance of Lean is a good thing – that’s not what I am referring to when I say “Oprah-ization” of Lean. What is dangerous, however, is if there is wide-scale acceptance of a superficial version of Lean. That state of affairs doesn’t help our cause.

Back to the Dishwasher

I don’t know about you, but if my wife called my name to change the baby’s diaper and my response to her was

“Sorry honey, I need to wash my plate because I can’t have a batch size of dishes greater than 1”

I would get a big lecture, have diaper duty for the next several days, and be forced to watch hours and hours of romantic love movies as a payback for saying something so insensitive. And deservedly so.