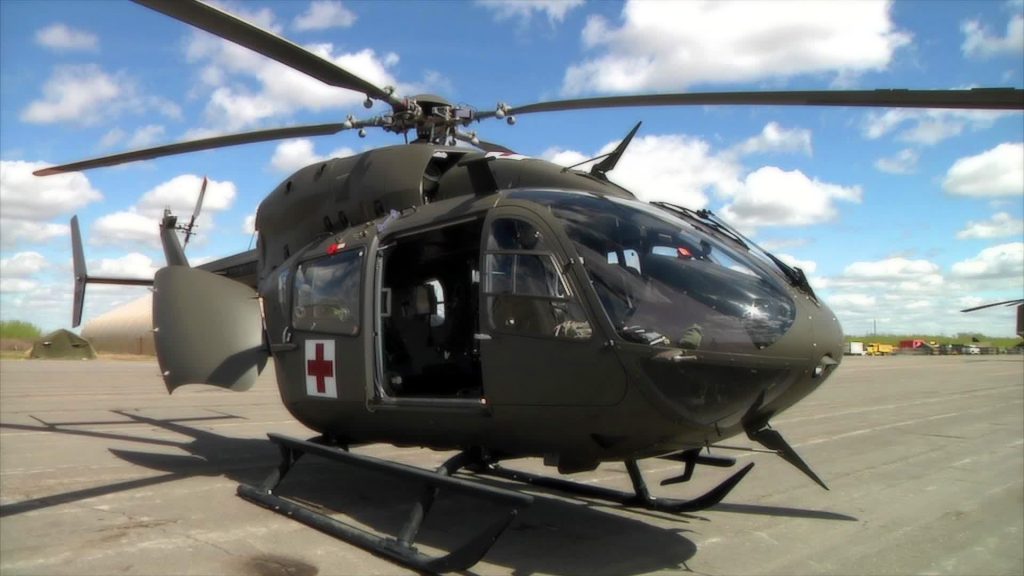 The UH-72 Lakota is a twin-engine helicopter with a single, four-bladed main rotor. The UH-72 is a militarized version of the Eurocopter EC145 and was built by American Eurocopter (now Airbus Helicopters, Inc.). Initially marketed as the UH-145, the helicopter was selected as the winner of the United States Army’s Light Utility Helicopter (LUH) program on June 30, 2006. In October 2006, American Eurocopter was awarded a production contract for 345 aircraft to replace aging UH-1H/V ‘Huey’ and the OH-58A/C ‘Kiowa’ helicopters in the U.S. Army. It combines operational capability, reliability and affordability, fulfilling all of the Army’s requirements for speed, range, endurance and overall performance.