Walter Shewhart and the History of the Control Chart

Home » Business » Walter Shewhart and the History of the Control Chart 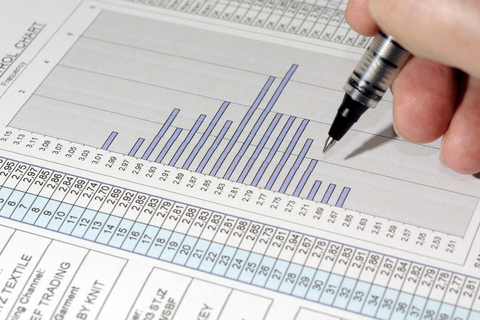 Determining how well the processes in your organization are running can play a critical role in running things smoothly over an extended period of time. There are many factors that can play a role in the definition of a controlled state, and understanding their full range as well as the relationships between them can be highly beneficial to any serious leader.

The control chart is a tool developed by Walter Shewhart and extended significantly by various others through time which is meant to show whether processes in your organization are under control, and in cases where they are not. The control chart can help you pinpoint the exact sources of deviation.

Normally, you would use a control chart to track the performance of tools with a continuous rate of change. However, in some cases it can also be a useful tool for making more binary/discrete comparisons, such as testing against the value of some variable over an extended data set.

The control chart itself is a separate entity from the actual measurement tools used to capture data about the state of each process. You are typically given a lot of freedom in determining how that data is going to be monitored, and you should be familiar with the specific properties of the processes used within your organization.

Once you have your data collection in place, you can think about how you are going to represent it on a control chart. A typical control chart should have some fundamental components, although the exact style is going to vary from one company to another. You are also going to see variance between the different processes in your organization.

You should normally at least have a set of points representing the data you’re measuring. This will look similar to a typical graph plot. However, you are also going to plot the mean of those variables in your control chart. In addition to that, you should also be able to see your specific process limits in the chart.

When it’s set up correctly, a control chart can quickly show you the relationships between certain process variables and their corresponding appropriate limits. That way, you can tell at a glance if a certain process is under control, that is, if its parameters are within the intended limits. In cases of deviation, you will also see a clear indication of where exactly the problem occurs and how far the data is from expected values.

An important note in the use of control charts is that you are not just looking for deviations that stray too far away from the median. Other results can be interesting too, and a standard rule is to stop production when a certain number of data points in a row all fall on the same side of the average line, e.g. above or below it. You may see the number listed as 7 or 8 in some places, and you are probably going to have your own known optimal values for your organization as well.

Sometimes, certain levels of deviation may even call for a complete stop of your current production. The usefulness of a control chart comes in part from the fact that it can point out some problems in your production before they can be identified by other means.

This tends to work better when you have proper data collection practices in place to track the progress of your facilities over time. As a result, a control chart tends to improve in usefulness, as long as you are tracking everything correctly. As we mentioned above, a successful implementation of a control chart also relies on having a well-developed measurement system in place. The sooner you take a deeper look into that aspect of your organization, the better results you’re going to see.

The control chart is a seemingly simple tool, and it’s true that there aren’t any overly complicated concepts behind it. But once you’ve mastered its use, and you have additionally learned some auxiliary techniques that work in tandem with it, you should see some amazing results in the productivity of your organization and your ability to track the performance of processes.