Applying Poka-Yoke in the Manufacturing Industry 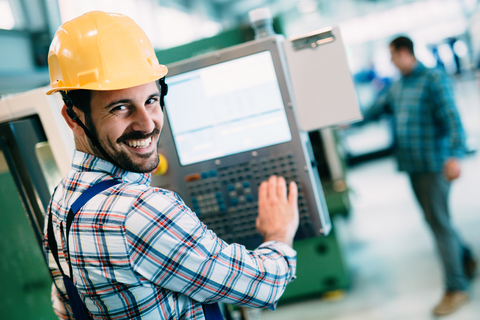 Poka-yoke is a great way to improve the reliability of systems operated by humans, and minimize the error rate in their work. Of course, it’s impossible to prevent all types of mistakes completely, especially when it comes to ones out of malice but putting those aside, there’s actually a lot that can be done to make sure that the work done by everyone is safer and less prone to errors. The types of changes resulting from poka-yoke are typically small, but they stack up together and create a much more streamlined environment where everything simply works.

The manufacturing industry is, unsurprisingly, a major adopter of poka-yoke. There are many reasons for that, and it’s clear that this type of work can be simplified a lot by introducing small safeguards and other similar details, while also making it safer for everyone involved. There are indeed many examples of poka-yoke in various manufacturing plants, and one doesn’t have to look long to find plenty of successful applications.

Various features in a modern manufacturing plant are designed to keep operators safe, either from themselves or from others. For example, many large-scale machines typically feature a box of keys for accessing their maintenance areas. An operator has to physically remove one of the keys from the box in order to enter, and the machine cannot run unless all keys are in place. This makes it impossible for anyone to accidentally start the machine while someone is inside doing maintenance work on it, as long as everyone follows the standard procedure when entering.

On a smaller scale, some machines make it physically impossible for an operator to hurt themselves by not paying attention or suffering an accident that incapacitates them. A common example of this are switches that have to be periodically triggered in order to identify that the operator is still paying attention. It may also be required to use the machine with both hands in order to ensure that the operator is in full control of it. It’s generally very common to see such safety systems in place at various factories around the world, as they do a great job ensuring that operators don’t cause any harm to themselves or others, and of course that they don’t damage the equipment.

Poka-yoke can also be very useful for making everyone’s jobs lighter and less demanding in terms of tiny details. This often comes down to various small details that allow people to shift their attention to more important parts of the job instead of having to mind tiny points all the time. Color coding structural elements and equipment is a common example of this, and it can be often seen in factories where workers are frequently required to use different kinds of tools and equipment, switching between them on a regular basis.

Another example that can be seen often is a standardized approach to equipment, such as containers and other commonly used pieces. This can allow workers to stop worrying about compatibility, and just focus on finding a piece of equipment that fits the current job. The cumulative effects this can have on the overall productivity at the facility can be quite impressive, and it’s one of the best ways to ensure that people don’t have to spend too much time minding unnecessary details about their work.

Last but not least, poka-yoke techniques can be very effective in ensuring that the final product is always error-free and it can significantly reduce the stress on the quality control department. Of course, this assumes that it’s applied correctly and without introducing too many details that workers have to observe. After all, the main goal of poka-yoke is to simplify things, not complicate them.

It should be common sense that the manufacturing industry is a common adopter of poka-yoke, and one doesn’t have to look long to find multiple examples of it in that area. We’re likely going to see that number growing even more in the near future, as companies are only now starting to realize the true importance of streamlining and standardizing their work, and mistake proofing as much as possible on the operator side. The cumulative benefits this can bring to the organization are quite significant over a longer term.