There are numerous methods of preventing error or preventing defects. We discuss several of those in my series on Poka Yoke Examples. But, rarely, do we see an example of Poka Yoke where humiliation and embarassment was the primary method of preventing human error. Until now.


The subway sign below shows a passenger getting caught by the automated doors. The sign is mean to warn passengers not to get caught between the closing doors. The sign says the following:

It’s painful to get caught between the closing doors. Even more [painful] are the eyes of those looking at you.

That’s the overall message. It’s both descriptive and witty. But, would it help you avoid making this mistake? 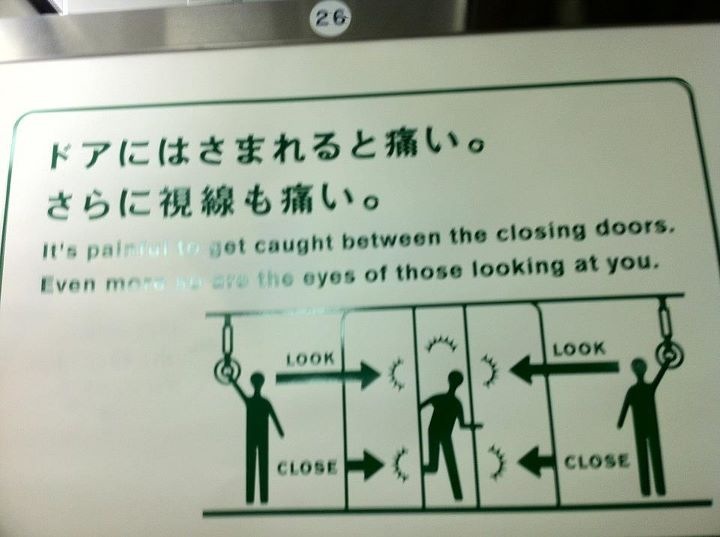 I think the concensus is that the sign is witty, catches your attention, but ultimately it probably won’t prevent people from making this mistake.

What is interesting is the message about embarrassment and humiliation.

What do you think?