How to Prevent Forklift Accidents Through This Simple Poka Yoke Trick

A few weeks ago, I visited a Distribution Center in Nevada. On our Gemba Walk thorugh the Warehouse, I noticed some very interesting applications of Visual Management. One interesting aspect of Lean that I saw was an application of Poka-Yoke to prevent Order Pickers and Reach Trucks and Forklifts from hitting the Conveyor Belt(s).


As review, Poka-Yoke was developed by Shigeo Shingo, an industrial engineer and consultant to Toyota. One of his contributions to the Toyota Production System was Poka-Yoke.

Poka-Yoke means “mistake proof” – or, in other words, it is a method and process that enables robust design in order to prevent humans from making errors and from defects from happening. 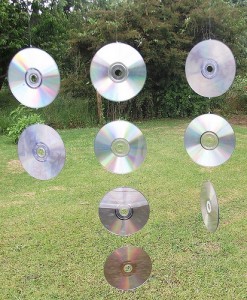 Hanging from the conveyor belts were several CD’s such as the above. So, when a Forklift comes near the Conveyor Belt it would hit the CD’s and make a noise, indicating to the Forklift operator that he’s too close. Simple and ingenious.

But does it work?

According to the company, forklift errors and forklift injuries and safety incidences were almost non-existent.