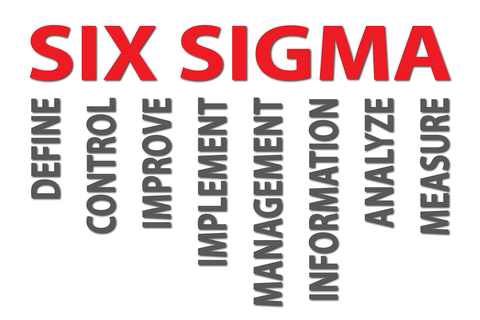 Getting a new belt in Six Sigma or even your first one is a huge moment for any specialist in the field, but it’s only a small step towards building yourself up as the true professional you’re striving to be. In fact, some people make the mistake of resting on this accomplishment too much, and fail to improve their skills beyond that. Which, as you can guess, doesn’t lead to anything good in the long run.

Occupy Your Time with Projects

Having a belt in Six Sigma is nothing if you don’t put it to practice. And the best way to do that is to keep taking on projects that suit your new skills. It’s important to try to diversify your project portfolio as much as possible shortly after attaining your belt, and focus on practicing each new skill relevant to your belt as much as you can.

You’ll probably find that you have a natural talent for one or more aspects of Six Sigma at your new level, and that’s fine but don’t ignore the other parts just because they don’t seem as engaging to you. Quite on the contrary, those are your weak points and you should focus especially well on improving them and ensuring that you don’t have any gaps in your knowledge.

In fact, some of the higher levels of Six Sigma have a fundamental requirement for a number of completed projects, so the sooner you start building up that number, the more opportunities you’ll have later on when it’s time to progress up in the hierarchy.

Start Practicing for the next Level

Don’t waste any time to start practicing the next level skills relevant to your career either. While it’s important to keep practicing what you’ve learned and solidify your current skill set, it’s also a good idea to align your mind towards the long-term goal of reaching the highest possible belt level that your personal skills can allow for.

This is a mindset that some beginners need a lot of time to grasp, often when they come from an educational background that promotes strong reinforcement of what’s already been learned through repetition before moving on to the next level. In Six Sigma, you’ll have to think in a slightly different way if you want to move through the fastest road to progress, and you’ll need to change your perception about how you should be improving your skills.

This brings us to the next point it’s not okay to get comfortable in a particular belt level in Six Sigma, especially if it’s a lower one. One of the core concepts of the whole methodology is to always seek opportunities to improve your current situation, and this should be applied to your own personal development as well.

Those who realize this early on are also the ones that are able to make the most progress through the ranks in most cases. Even if your next belt level is still too far away, there’s a lot you can do in the meantime to prepare yourself for that stage and ensure that once you get to the point where you’re being tested for it, you’ll already have all relevant skills acquired and practiced.

This is something that can work quite well if you keep communicating with other people in your field and share your experiences with each other. Six Sigma is something that benefits a lot from community interaction, and there is a pretty large established community around the discipline already. If you’re not engaging other people in your field already, you should definitely reach out and see what local communities you can find in your area.

Don’t just rely on your Six Sigma belt by itself to get you through your career. It’s just a tool that gives you the right kind of knowledge you’ll need in various common situations that your work can present you with. But it’s up to you to actually put the things you’ve learned to use and do something good with your newfound knowledge. Otherwise, all the time you’ve spent attaining that belt is pretty much wasted and could have gone towards something more productive.