The Pareto Principle is often called the 80/20 rule because it is a visual representation that separates the “vital few from the trivial many”. It is a principle that is most often associated with the quality movement (Lean Six Sigma and Joseph Juran), but its roots are found in Economics and the social sciences. Specifically, the Pareto Principle came from Vilfredo Pareto in 1906 and his studies of the distribution of wealth.

Forbes Magazine publishes its annual Billionaire list 1. The Billionaire Infographic below shows very nicely the Pareto Principle in practice, where the billionaires are stratified by country. You see that the majority are found in the USA.

Question: In what other contexts have you seen the Pareto Principle be applied? 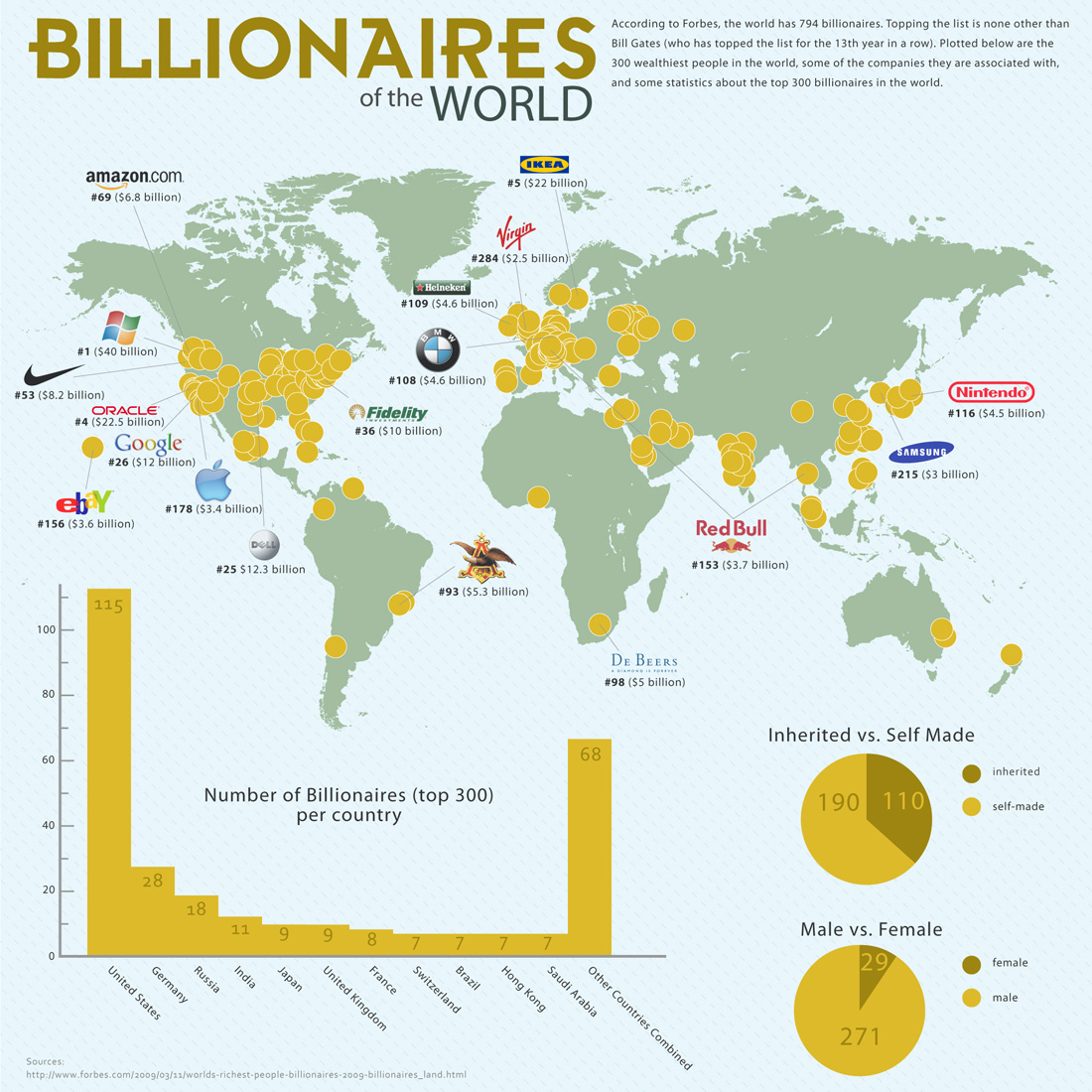