PDCA Cycle or PDSA Cycle – Which is Right?

There’s quite a bit of confusion between the use PDCA Cycle versus PDSA Cycle. For those unfamiliar with the acronym, PDCA stands for Plan-Do-Check-Act and PDSA stands for Plan-Do-Study-Act. To some, the change of “check” to “study” might be trivial, but to Dr. Deming and his teacher, Dr. Walter Shewhart, there is a difference between “check” and “study”.

The PDCA or PDSA Cycle began as a series of steps within the world of product development. It wasn’t until much later did it become a method for process improvement. Let’s go through the history together.

Below are the elements in the Toyota House, followed by the rest of the PDCA or PDSA article.

Dr. Walter Shewhart is best known for his development of statistical control. Back in 1939, Dr. Shewhart struggled with the current view of his time regarding quality and product development. He didn’t believe it was a linear model, but rather a cycle. In his words,

These three steps must go in a circle instead of in a straight line, as shown . . . It may be helpful to think of the three steps in the mass production process as steps in the scientific method. In this sense, specification, production, and inspection correspond respectively to making a hypothesis, carrying out an experiment, and testing the hypothesis. The three steps constitute a dynamic scientific process of acquiring knowledge. 1 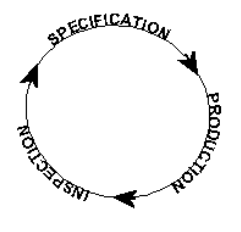 Dr. Walter Shewhart’s student at the time was Dr. W. Edwards Deming. It was Deming who took the Shewhart Cycle and modified it. In 1950, while speaking to the Japanese Union of Scientists and Engineers (JUSE) regarding statistical quality control, Dr. Deming modified the Shewhart Cycle by adding a 4th step that he called – at the time – “redesign through marketing research”. Historians believe that it was at that meeting the term “Deming Wheel” was born 2. 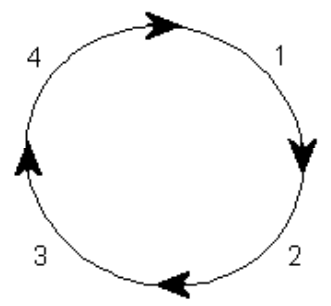 At that meeting, Dr. W. Edwards Deming discussed these steps:

According to Misaki Imai, Japanese executives took the Deming Wheel from that 1950 seminar and called it PDCA and took Deming’s steps (1-4) and codified it as Plan-Do-Check-Act 3.

According to Imai, in the 1960’s, the what was initially the Deming Wheel was called PDCA by the Japanese. It evolved from a method to describe product development to become a method for process improvement.

In 1986, Dr. W. Edwards Deming reintroduces the Shewhart Cycle and warned his audience that Plan-Do-Check-Act (PDCA) version is not accurate because the English definition for “check” means to “hold back”. Deming continues by encouraging his audience to use Plan-Do-Study-Act (PDSA) and not the “corruption PDCA” 4.

I’m not picking sides. I’ve always used PDCA. In fact, at Toyota PDCA is the recognized and approved framework, not PDSA. I’m not sure if that matters. I think in the grand scheme of things, in practice it really doesn’t matter. But, to theoreticians and academics, they will likely continue to quibble over PDCA versus PDSA. But for practitioners like you and me, we’ll be busy making things better.

What’s your opinion? Does it matter to you? 5